If done in the same style and attention to detail of many of your recent sets it would be most welcome. I've avoided 1/72 scale American West sets in the past because they really haven't been all that good. But if you can produce the quality you've been putting out recently, I'm in.

Hi all
yes to Indian and western themed sets! I've referred to this subject previously - still waiting!
There are many possibilities for the American West. Mexicans who fought Indians and whites for a start, then the American/Mexican War.
The old Atlantic Nexus company produced some interesting sets in HO scale which was a pity. Basically toys with poor poses, they nevertheless had some interesting subjects, such as Buffalo Hunt, Custer's Last Stand etc. I still have some of their Apaches, and US Cavalry Campsite sets.
Perhaps Strelets or some other company could take up this idea and produce similar sets and themes?
The fictional Wild West that so many of us grew up with was reflected in toys and models, films and TV shows - anyone remember Boots and Saddles, a great now mostly lost show.
Airfix and others produced Cowboys and Indians, rather poor toys, and a better Wagon Train set, not to mention Fort Apache that now goes for ridiculous prices!
However, those days are gone, but there is still a market for better Cowboys and Indians!
Stay safe folks
Richard

I agree with GG great idea.

I would suggest also, Creek Indians, Imex planned them but we never got them. Creek Indians served on both sides in the ACW so some use there.

And there are also Tlingit Native people who fought the Russians in Alaska around 1800.

There are plenty of others, but I think these few groups would be a good start.

I would like to see Western sets, particularly reflecting the diversity of Native American.

Btw what's the difference between a tepee and a wigwam?

I agree. This is a series that if done correctly, could with minor modifications for the various tribes, cover several periods from early frontier pioneers/settlers, American War of Independence, War of 1812, and The Plains Wars in North America.

Hopefully, we will get a positive comment from Mr. Strelets, and not the dreaded kiss of death reply - "...we have no such plans at moment, please be advised accordingly" lol :-)

The Apache lived in hogans - round, mud and wicker huts like those found in parts of Africa. The Plains Indians favoured the teepee, tents made from lodge poles and animals skins. 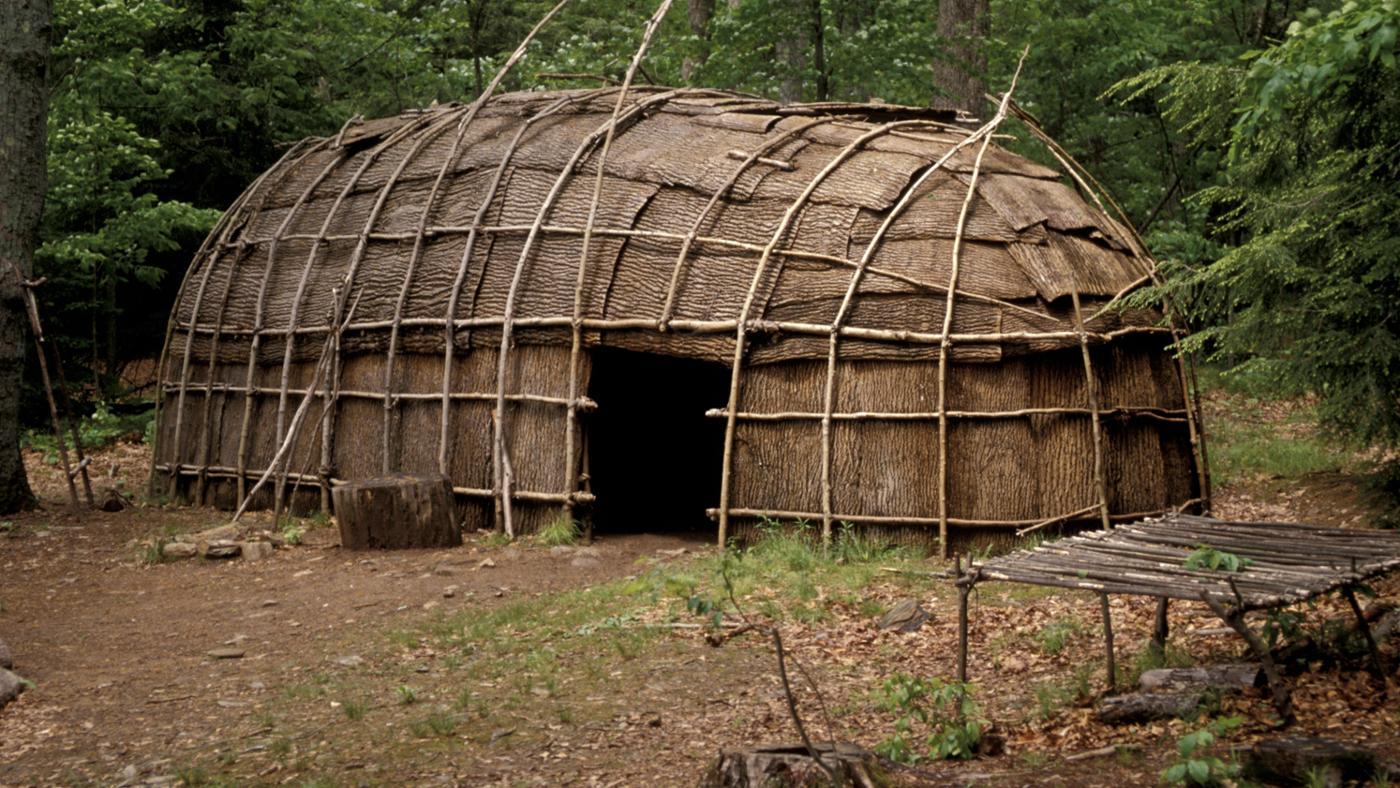 I would love a Wild West line centered around Native American Indians. I see so many crossover potentials.

Apaches would be great. Atlantic and Waterloo 1815 had great ideas, but never took it where it could have been. Atlantic was too small and had toy-ish poses, which of course, they were. And Waterloo 1815 had some good poses, but the figures were too big, so only compatible with their own cavalry, but no Cowboys on the market.

For me, Britains Deetail 54mm and Replicants 54mm have shown what some excellent Apache warriors could look like. And the crossover potential for adversaries is not only 1860s US Cavalry (like the one Stelets or Imex put out), but 1870s-1880s US Cavalry and Cowboys/Settlers. But there aren't really any good Cowboys sets out there these days. And the Cavalry need an Apache scout or two and some pack mules, more campaign hats and undershirts and suspenders. BUT MOSTLY, you could make a set of 1840s Dragoons to fight them all along the Santa Fe Trail and in Texas. AND THEN, the Dragoons could finally be used in the Mexican War. I had no Cavalry for the Mexican War. And BTW, they would be needed to fight Comanche too. The othe tribe the US Dragoons fought a lot in the 1840s and 1850s. They look more like Plains (Sioux or Cheyenne) or Mountain Tribes (like Nez Perce). Replicants made a couple 2 or 3 pose sets of some great pose ideas of Comanches in 54mm.

I agree with Mike about Creeks too. But I would like to see thm more in line with being able to be used for the era of the War of 1812 (Creek War and Battle of Horseshoe Bend). They would fight Gen. Andrew Jackson and his US Regular/Militia mix. Then they could crossover with a cool set of "Battle of New Orleans, Line Jackson" set (which I just know you are hoping to make some day ;-) ). The same militia and regular US Infantry from that set (and many of your current 1812 US Militia, that aren't in obvious winter clothing) would be used against them. They look similar enough to Seminoles (and really, many Seminoles are ex-Creek people). But of course, then we are going to need 1830s US Army, but let's not get crazy here.

The Sioux and Cheyenne are very similar. So the decision about what to call them is maybe a Marketing one. Too many Sioux sets out there? Call them Cheyenne. But really, there aren't really good Sioux sets out there either. Waterloo 1815 is pretty good, but the scale is too large, like their Apache. The Airfix are toys. The Atlantic are like the Apache, toy-like and small, and odd poses. And Revell are more German-Fantasy ideas of American Indians based on Karl May/Elastolin. And anyway, those sets are hard to find. There were some good Hong Kong copies, but too many wear war bonnets.

Many 54mm manufacturers have good examples of Plains tribes (Britains, Toy Soldiers of San Diego, etc.) but of course, they all are geared toward the Little Bighorn battle. I think the best IDEAS for a Little Bighorn set were in the old BMC playset. Not great detail, but well thought out. Nice mounted poses, a couple character poses, great dismounted poses (the Indians fought that way mostly at the battle, moving from sagebrush to sagebrush, unlike what you see in Hollywood), and camp women (one running with a baby and one calling the alarm.

I don't expect Strelets to make hogans, or wigwams, or teepees, but please incorporate a woman or two in the sets. Or something for the camp accessory-wise. Any Eastern Indian tribes could use a woman grinding corn with a pestle. The Southwest (Apaches included) could have a woman grinding corn on a metate. And pose carrying water or children or cleaning a skin is useful. As well as running or shouting (every Indian War involves an attack on the Indian camp at some point) poses are useful.

Okay, sorry. I've gone on too long. As you see, there is a special place in my heart for 19th Century US History, particularly the Old West. So I won't even go into the need for Townsfolk, Railroad workers, cattle drive Cowboys, Wagon Train settlers, Frontiersmen (a cool set of buckskin-clad men, some with coonskin hats, could be used in SO MANY scenarios).

you may be surprised, but this picture is hanging on our desk top for few years:

Long live the Cherokee and Choctaw!

Dear Stretlets, Please, please.....pretty please. I have been bringing up native Americans for years, and not only do I second the western indian requests (all previously made sets just aren't that good) but I have also pined for native Americans from the 18th c. Iroquois, Mohawks, etc. Talk about great subjects for sculptors....and absolutely no competition in the 1/72 market. Try getting the Italeri set, or even your War of 1812 set. They have all been snapped up by enthusiastic buyers. I would buy multiples of any sets that you make. I realize:heart_eyes: :heart_eyes: that we plague you with requests and wish lists......but that's because you do great work. Please consider this subject area.

Wow, yes. I am absolutely pleasantly surprised! It is so nice to see how far reaching our interests have extended out to connect us here on such diverse subjects. Your sculpts are not just plastic figures, but they serve to immortalize all famous warriors and soldiers throughout history. Books are good, but when I pick up your well sculpted figurines - they talk to me and tell me their story. Maybe you can help some of the tribes to be reborn, again. Thank you Strelets Team!

Paul Revere & the Raiders. The summer that song hit the charts I had just turned 14. Very wonderful memory. How could you have guessed?

OK, please pass on to all of the Strelets Team what wonderful work they are achieving. All of us on this Forum feel this way!

I agree with GC, the figures take enjoying the history to another level.

I would love every known tribe made. There are some Russian manufacturers that make cool Iroquois, Tlingit, and Aztecs in larger scales.


Strelets doesn't do much from the 1500s or 1600s America these days, but some Powhattan Indians for the Jamestown era 1600s or some Timucua, Chicaza or Alabamu (all very similar Southeast tribes/Mississippean Cultures from De Soto expedition through the Battle of Mabila 1540 [fortified town of Chief Tuskaloosa]-look that up, very epic) to fight Conquistadores.

I would even be down for some Eskimo figures.

But if we get Plains tribes, we really need a couple good Bison poses!

Yes please Comanches, Mexicans both mounted and village folk like in film Guns for San Sebastian or The Magnificent Seven. Again soldiers for the Mexican Revolution, soldiers for AMERICAN-MEXICAN WAR. There are so many connected themes which you can consider to delight us,