Airfix made a pair of Zoo sets and a farm set.
In 1/32nd scale there are many sets of various animals available.

I think we need animal sets.

My first choice: Dogs. Lots of dogs, Labrador Retrieves, Poodles, German Shepherds, and many others. Soldiers often fight with dogs and like them as pets too. Very few dogs in 1/72nd scale.

Mules. Several companies have mentioned making mules but we got very little out of it. I would say generic mules that are harnessed to use either as towing a wagon or carrying a load. At least 18 in a set with at least 6 poses.

Farm animals, cows, chickens, horse and plow, sheep, goats, and many others.

Do you want animals?

That is indeed one of the huge differences between 1/32 and 1/72 that I did not realize when transitioning to the latter 20+ years ago. There are some pack animals around (I LOVE Linear-A's Silk Road set, very useful for quite a few Asian/African scenarios) and Pegasus makes (or at least made) a decent farm animals set, but more is definitely needed. I would say huntables are egregiously underrepresented across the entire scale, so some of those with a few relevant hunters mixed in would be very useful.

I would also settle for somebody in Germany re-stocking Caesar's #042 set with the Pharaoh's chariot and the lions. Even though the latter are shown in chains, those contraptions would not last long in this collection! :joy: :grin:

I've been on a bit of an animal collecting spree recently. So far got

Can't seem to get my hands on bears.

Graham, the Italeri Gladiators set has a little bear and a couple of male lions

I suppose some pack horses & mules etc are the big missing set for me. Dogs yeah i guess, such as foxhounds & other field sport dogs like labradors, as it was not uncommon for high ranking staff to take their dogs with them, (I read somewhere that General Byng of the Foot Guards took his 2 foxhounds with him at Waterloo....poor dogs!!). And yes more farm animals like cattle, chickens & Geese.

I don't know what period you want the pack mules for but the Strelets and Linear a Roman and Medieval transport include a fair few.

Yes, animals of all sorts are useful for dioramas in particular, but also wargaming: lots of scenarios based around raiding for cattle etc feature throughout history. And there is always a need for mules, camels, horses and oxen as beasts of burden.

More exotic animals would be good too: As an example, Indian Elephants of varying sizes and in different walking poses, would be ideal for anyone wanting to build an Indian army, from the time of Porus to the C19th: they would form the basis for some possibly quite involved conversions featuring howdahs, mounted warriors, swivel guns (ultra light artillery) etc etc.

I totally support more animals. I like to collect everything to add "flavor" to my subjects.

For Vietnam, I have pigs and tigers and chickens (Blebox HO and Airfix) but I wish a soft plastic water buffalo. I've had bad luck with resin ones, always getting broken.

I need pack mules for everything through WWII.

Some plastic saber tooths, giant sloths, mammoths and dire wolves will be useful when Linear-A comes out with their cavemen.

And some decent sized American Bison has always been lacking.

Maybe something specific to a subject can be added to each set. If you do Australian Infantry (WWI, WWII, Vietnam, whatever), just for fun add a kangaroo on the end of the sprue as a "bonus figure".

If you do War of 1812 Jackson and US defenders, add an alligator, or a cotton bale to hide behind on the sprue.

Any time you add a period specific or location specific barrel, case, bush, rock, civilian, famous personality, or animal, it just makes the set that much more useful or special.

I'd prefer separate boxes rather than bonus animals added to forthcoming sets. Maybe one for farm animals (cows, chicken, goats), one with unsaddled horses or donkeys, one with asian/african animals (elephants, camels, tigers, lions), one with animals specific to America (longhorns, buffalo etc.). I think those might sell well, I don't really ike buying boxes of stuff I don't need, just to get a couple of animals.

I agree a whole box would be best. But if no one thinks that would sell, then at least a bonus figure is better than no figure at all.

Given how much Airfix's Farm Animals and Zoo Animals go for these days, you'd think a box of animals from around the world would be popular.

I guess generic cattle, mules or donkeys and perhaps elephants would sell best. Lots of uses there for most periods for creating supply caravans etc.

I would like to have Foxhounds; nose to the ground, head up and baying, and running and baying. I was hoping Torsten was going to make these but, sadly, he has stopped producing his animals due to health reasons. I would also really like some Beagles, just because, but I need the Foxhounds.

I could also really use some Kangaroos. Airfix and Prieser have done them but to anyone who has actually seen the animal, the poses are just dreadful. Poses needed: standing alert and watchful, lying, tail walking, and the classic QANTAS tailplane in full flight.

Re. a Kangaroo bonus figure with Australian infantry sets, absolutely!

Some larrikins in the WWI AIF smuggled a Kangaroo into their training camp in Egypt and kept it as an unofficial maskot: Surely that's one personality figure that HAS to be made.:upside_down_face: 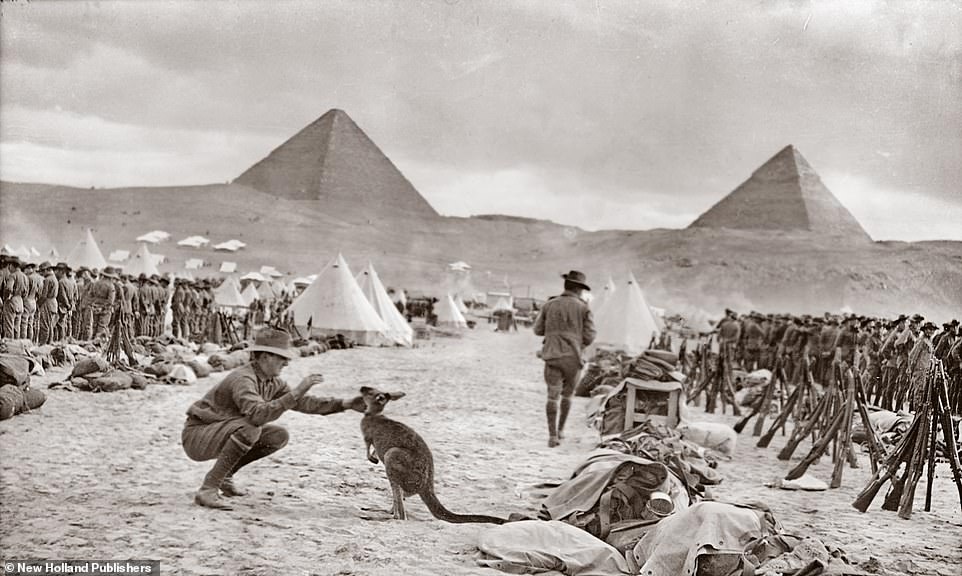 There have been many calls for pack mules with generic loads; I think it's a great suggestion, and yes I would buy a box; but meanwhile the elephant in the room... : 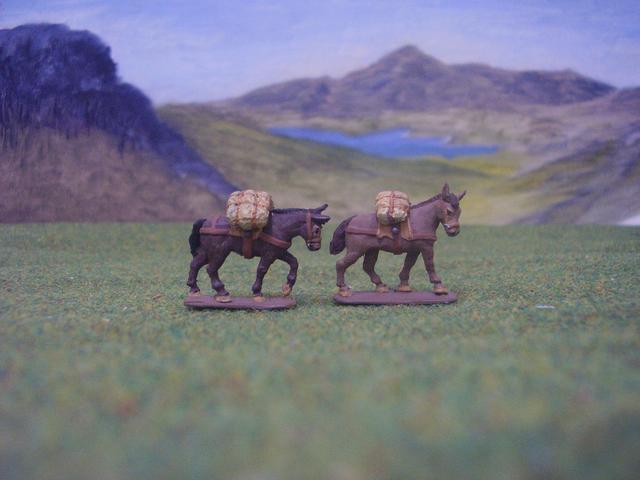 These Strelets mules are terrific, and if there's a load more generic than a canvas bundle lashed up with rope, I've yet to see it.

Arlin
Any time you add a period specific or location specific barrel, case, bush, rock, civilian, famous personality, or animal, it just makes the set that much more useful or special.

The US Army used mules to move wagons more than for 100 years. Typically we get horses in many sets. So pack mules are not exactly useful for that. It takes six mules to tow one wagon. In the Hat French Napoleonic Limber Set there are 18 horses enough to tow three wagons. I want a similar set with mules, rather than horses, that's just mules. No wagon drives, no limbers, just mules and lots of them. I think 24 mules is a reasonable number with 6 poses. Buying Strelets ancient sets to get four mules is not cost effective.

Andrillona of Petersburg do a nice range of paleolithic animals, mammoths, cave lions, megaloceros and are bringing out wolves, woolly rhinocerous and bears.

Hello Graham, can you provide a link to the prehistoric animals? I can't seem to google them.

I would definitely buy sets of pack animals, cattle, and bison. (Separate sets, not combined.) I also like the idea of combined sets based of geography, although to be honest I would probably only buy a single set.