Pretty excited for the Linear-A offerings that are coming down the road here. For Ancient & Medieval eras I am all about having sets which have versatile poses that can be used independently or in proper looking melee formations, so have created my own sort of organizational system that can be used for ranking purposes when needed. So far my favorite Ancient & Medieval warrior (as in, not civilian) sets are as follows:

STRM001 Normans, STRM003 Anglo-Saxons, STRM004 Vikings, STRM012 Military Order Warriors, STRM0013 Muslim Foot Warriors (I want one!), STRM027 Russian Peasant Levy in Winter Dress (need these too), STRM035 Ancient Germans, STRM048 Medieval Russian Militia, STRM141 Housecarls of King Harold (mainly for command purposes). Some of the Trajan Romans and Dacians are nice too, although those are not really my thing.

So as you can see there is one certain company that in my opinion has consistently outperformed the rest in terms of offering efficient amounts of formation capable melee infantry per set. But WOW do these masters from Linear-A look nice! Set #028 looks like it will have a complete force of Pyrrhic sarissa wielding phalangites (perhaps without even glue being required), including a number of always difficult to find back rankers. #033 and #034 look to be going the same direction as well for the Seleucids and Ptolematic forces respectively.

I have been buying Strelets sets through Linear-A since coming to Germany in an attempt to help everyone out, and have to say I am happy with that decision. Well done and continue the good work! :sunglasses:

You and me both, 'Babylonian'.

Some wonderful sets nearing completion (Varus set 2 disaster and the Celtic Salassi), further excellent ones to follow (the Pyhrric phalangites look particularly interesting and innovative, as you note—I am really pleased that the sarissas were lengthened (to repeat myself) and the Hellenistic Diadochi look to be carrying on the fine format, as you say.

The exciting list keeps expanding too. I'll be really keen to see the two Napoleonic surprise sets come to fruition as well as the Roman artillery that were listed seemingly at 'Baratheon's' suggestion!

I'm probably about as happy as both of you about Pyrrhic figures.

I've already started on the army as I have a bunch of HaT Greek spearmen, various of HaT's Alex.the G.'s light troops etc long-painted that will easily fit into Pyrrhus' heterogeneric army mix. I also have various Gauls & Italians who may be useful.

I also recently completed some Zvevda war elephants (the armoured one is a bit anachronistic, I know) & some Newline phalangites.

I bought enough for a 36 figure phalanx but would be keen to create a similarly sized second one, using the more accurate Linear A figures.

I also desperately need a figure of Pyrrhus himself which I think Linear A will provide.

The completed army may well hit the wargames' table by year's end. I'm looking at my Carthaginian & Polybian armies as opponents.

I really like Linear a stuff and they mostly choose unusual subjects, my current favourite being the pre history set but I think they have to be careful with their pricing policy. I looked at the Celts as you can never have enough Celts but when I saw their sets are about 15 quid each I thought again as there are plenty of nice Celts at half the price. It seems to me that they have to keep a keen eye on their USP by producing sets that other people won't do and thereby justifying paying the high price. Personally I'm really looking forward to the Byzantine sets. 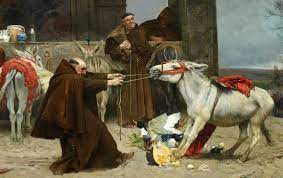 PeterTheGreat
88.77.221.233
Re: The Greco-Macedonians are Coming!
Graham Korn
... but I think they have to be careful with their pricing policy. ...
This development is clearly due to the self-imposed exit from the EU than to the manufacturer's pricing.
Linear-A offers their regular sized infantry sets between 8.95 and 9.99 Euros at their shop. :+1:
Disproportionate pricing policy of UK-based retailers and unfavourable consequences of the so-called Brexit are the real problem there.

Back to topic, I am also really looking forward to the various Phalanx sets as well as anything "Byzantine" in particular. :relaxed:
Email
g
Graham Korn
95.146.42.88
Re: The Greco-Macedonians are Coming!

Brexit the gift that keeps on taking. Ho hum.