Well, I like the look of the two Highlanders, and the French 'déserte' figure looks pretty good to me as well.

Not so sure about the British/Commonwealth 'captain storm' tommy-gunner however. The pose is OK-ish, although I'm not sure that walking forward and simultaneously firing off the side is the best way to compensate for the known upwards-recoil 'climb' of this weapon when being fired. However, the physical dimensions of this figure seem wrong to me. His right arm seems much too large, thicker in fact than his legs. Has this man been working out and taking steroids? I think that the upper half of this figure is in fact 10-15% too large. So, not a great sculpt IMHO.

I am also wondering whether we might be looking at a set of 8th Army infantry with a tad too many Thompson SMGs on display...I seem to recall another 'tommy gunner' master not so long ago, also with an over-developed upper torso....? A set of 40 or so 'standard' 8th Army infantry figures only needs a maximum c. 4 Thompsons for this era.

I agree than the 8th army soldier has a problem of proportion to be solved.

The first highlander seems to have a small head in comparison to body. Be careful with that as the scottish headwear in waterloo should show higuer size.

They wore the headress to become taller and more impressive to enemies and it should look like that as airfix soldiers did.

The sculpting and detail in all the other issues is great.

Sorry I was referring to the second highlander in lower position. The left ine is perfect.

There does seem to be some sizing issues with some of the figures. The 8th army fellow does look a little bit "Hulk Hogan" up top!

I'm guessing the highlander masters are for the possible "in square" set? I hope there are an equal amount of kneeling poses as standing ones in the set?

Some of the highlander masters we have seen do look a little odd in head/headwear sizing as mentioned & the muskets still dont have that "brown bess" look to them. Also, it may be my imagination, but the cartridge boxes seem as if they are getting a bit big too?? Nice bayonets though. Glad to see them being present on all the recent Napoleonic masters.

That's because the Tommy gunner is a FFL soldier (Bir Hakheim), see the sash.

It is well established knowledge that Popeye served some time with he FFL.

I agree about the proportions of that figure. Might be just the photo angle.

Graeme
49.187.116.121
Re: Weekly Mail
Minuteman
His right arm seems much too large, thicker in fact than his legs. Has this man been working out and taking steroids? I think that the upper half of this figure is in fact 10-15% too large.
You're seeing the gunstock as well as the arm though. The boundary between them isn't obvious on the photo.

The shoulders look a bit too big and out of proportion but the Airfix Napoleonic figures were the same and they look good when painted, scale effect. I prefer figures to be sculpted in proportion though.

The proportions of the Highlanders somehow don't look quite right to me but, again, perhaps they will look fine once painted.
j
James Fisher
220.240.31.13
Re: Weekly Mail

More fine Friday figs from the 'free that formed the focus for Friday f'eighth.

Thanks Strelets. More smiles on a Friday evening. Always a pleasure to view.

The weekly mail has been delivered by Mr strelets & like the real mail there is going to be a large bill to pay some time before xmas bring it on.
Great figures Mr strelets I cant wait to get my hands on them thanks.:heart_eyes:

Wonderful, but a minor observation , our 8th army guy may be a bit chunky, they were lean and fit.

Graeme
49.187.116.121
Re: Weekly Mail
Alan Buckingham
Wonderful, but a minor observation , our 8th army guy may be a bit chunky, they were lean and fit.
I was going to mention Harry Secombe, but actually, he does look pretty lean and fit.:relaxed: 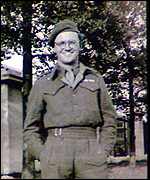 Hi,
While waiting for some Russian infantry in overcoat marching as winter is coming, I can predict a fantastic FFL ww2 heavy weapons set.
Carry on team Strelets.
Cheers
CPN

Some reel eye candy here. Before you are through I am going to have a 1:1 representation for EVERY Highland regiment in service during the Napoleonic Period. What a problem to have...

The Thompson gunner does seem a bit top-heavy; at the same time I wonder if that might be exaggerated by the angle of the camera just a bit? And the thought occurred to me firing a Thompson at full "Rock n' Roll" (our term for full auto) after awhile might bulk a fellow up. They kick like a mule. Even an AK or M16/M4 buck a bit - but the Thompson is like riding a wild mare on steroids in comparison. :wink:

Does anyone have an idea of what's confirmed to be in the next batch of 12 or so new sets timed for Christmas?

Hannants have only 5 sets listed at the moment (all WoSS), and PSR have a large futures page list containing many old/abandoned sets, but not the possible new sets such as for WWII, I'm anticipating:

Looking forward to the next North African WW2 Commonwealth set but am keen to know - will there be a prone 2 inch mortar team in there ? There was not in the 8th Army Heavy Weapons' set and this platoon staple support weapon is sorely missing in Aurfix/Revell/Esci and Italeri plastic for this theatre. I am about to start a large conversion exercise (12 trams) using de-gunned Airfix bren gunners - do I need to do this Mr Strelets, or are you about to save me from this necessary chore ?

Looking forward to the FFL but the tommy gunner does appear large and the gun itself looks too long.