It's been a bit of a bonanza this week, not so much because I've worked harder, just that several projects have come together at once. As already mentioned, the 25th Lutzowers will be coming up the High Road in Plancenoit as a regiment of three battalions.

Here are the Second Battalion. These figures were converted by me from the Strelets ACW and from the Hat set. They were then painted by DL who has already completed one Landwehr battalion. About 50 are from AD, another 50 from CD and a similar number painted by me, but DL has done the majority. They look very fine indeed, and I'd like to express my thanks to DL for his outstanding work on this battalion, his last Landwehr battalion and the next battalion of Lutzowers which are on the way. 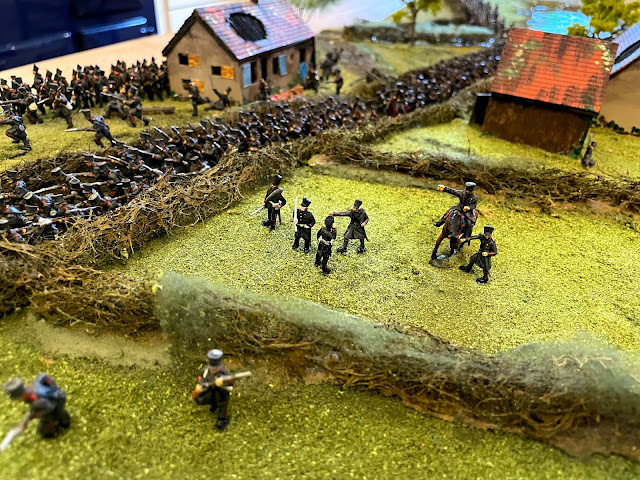 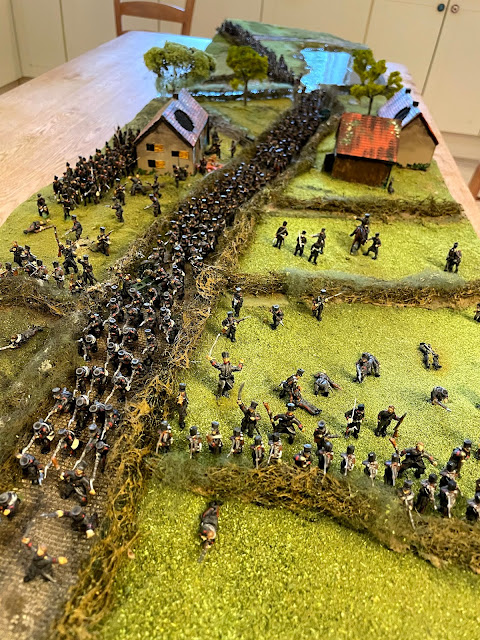 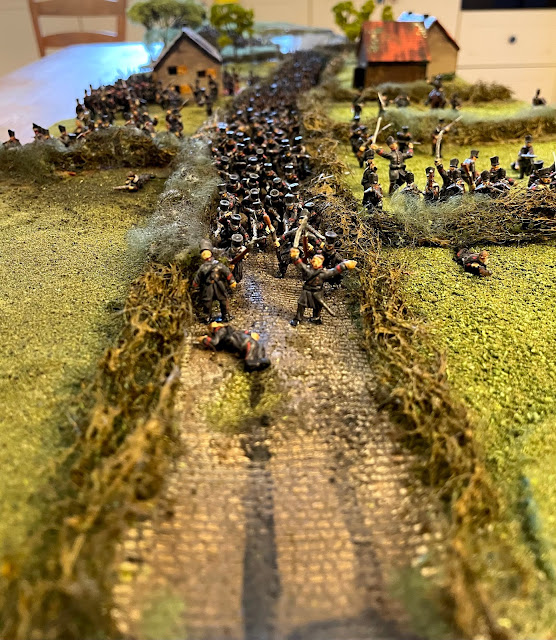 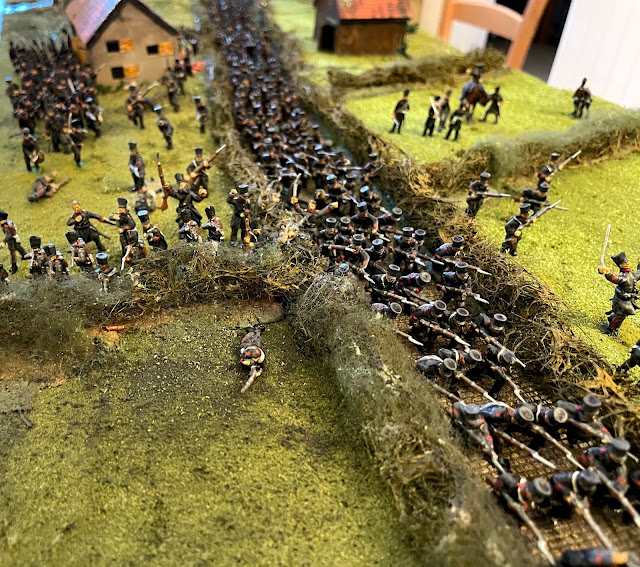 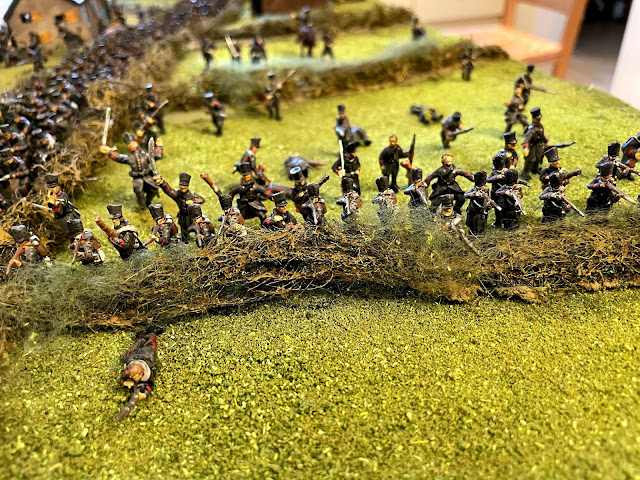 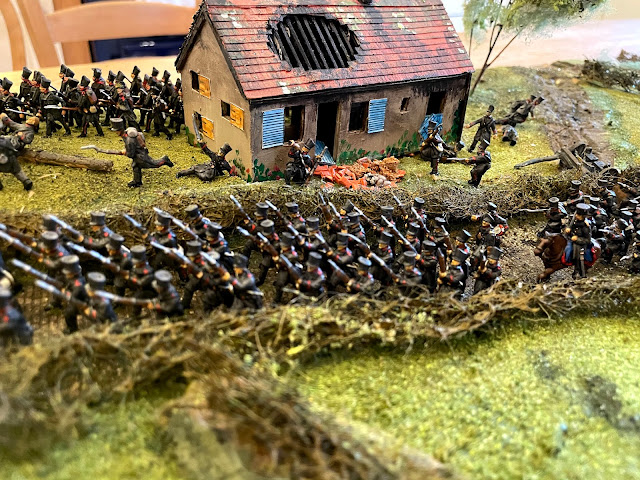 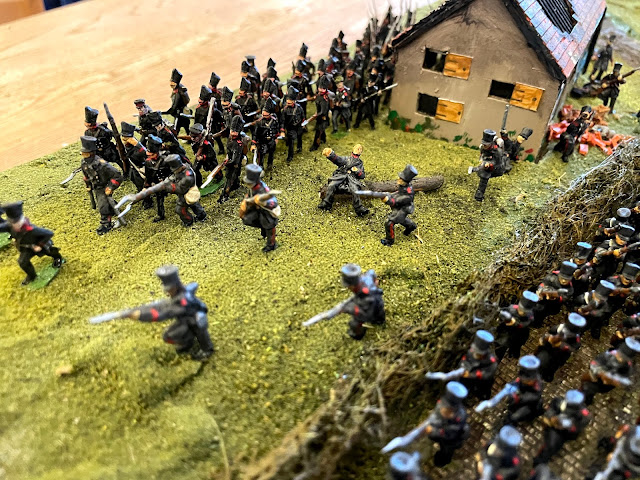 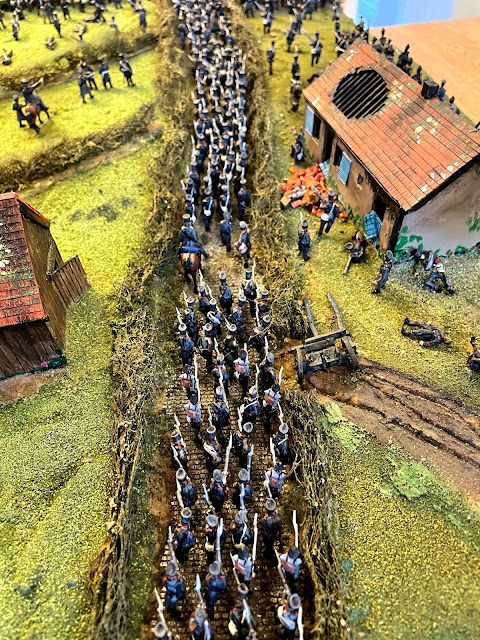 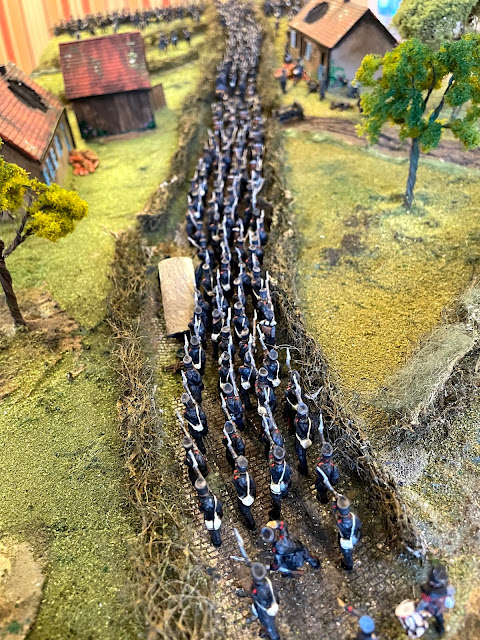 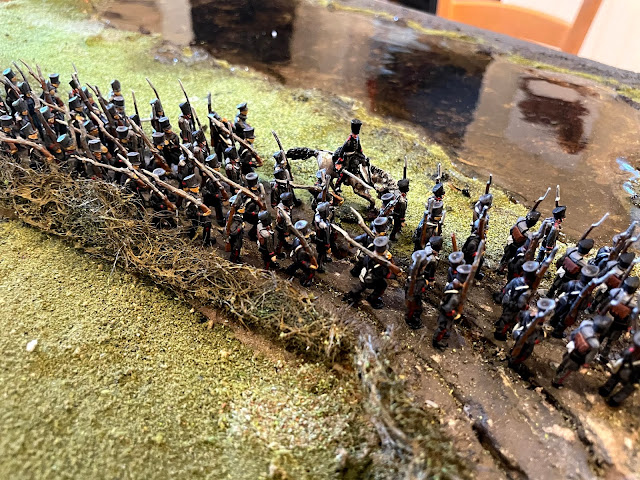 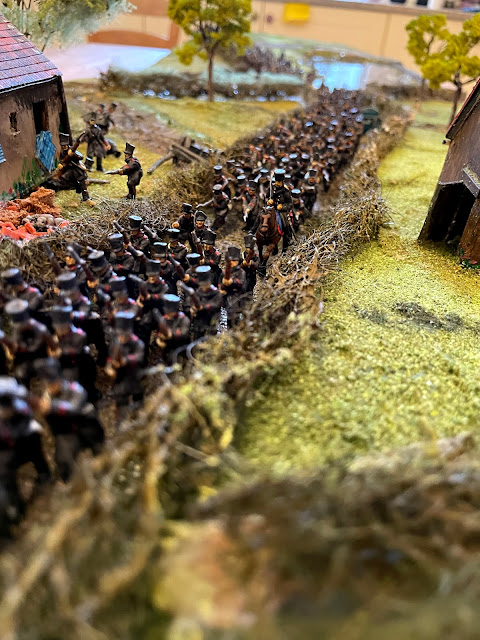 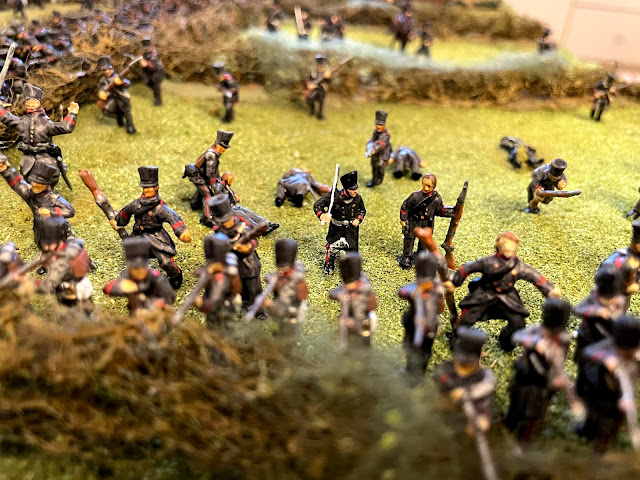 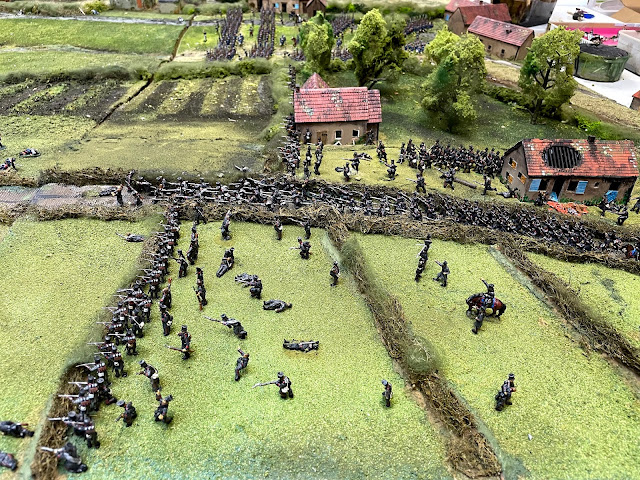 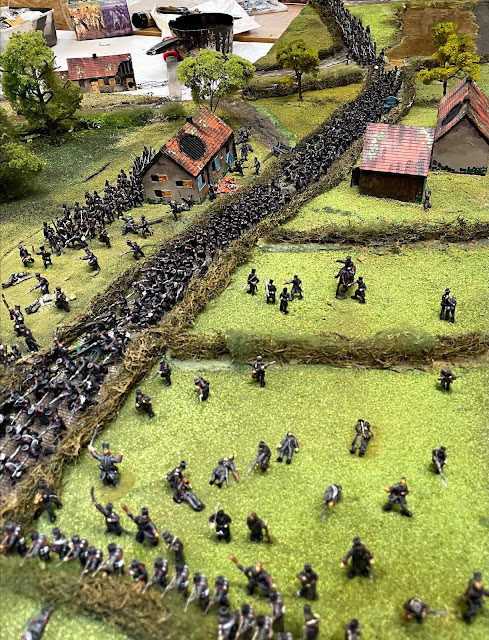 The next battalion, which is Speira, is in production and will be in contact with the French, further up the road.

A wonderful and impressive diorama which catches the moment of the charge in its dramatic essence. Looking forward to seeing the Landwehr too. Congratulations!

Wow!! Those ACW figures have been converted and painted brilliantly!

this is incredible... The Black comrades...
I'm sitting here with my mouth open and I'm just amazed.... :grinning: :scream:

I would never get the idea that these are ACW soldiers. Wonderfully done..

Speira figures are great stuff...
I bought some of their guns last year. Very detailed and accurate...you just can make this in 3D-printing... OK...not cheap...but worth every penny