I've previously asked Strelets about starting a SYW range and they have stated that they do not intend to start new eras until they have completed their current ranges. However, based on the apparent success of their WSS range so far, perhaps they may be more encouraged to do so?

If they could produce SYW infantry in the same style as their WSS figures, they would be a must have for many 18th Century collectors out there I am sure. And if I were to really have my own dreams realised with this-they could start with the FIW...Here's to dreaming!

One of those book dust covers in my early school years library that inspired me: 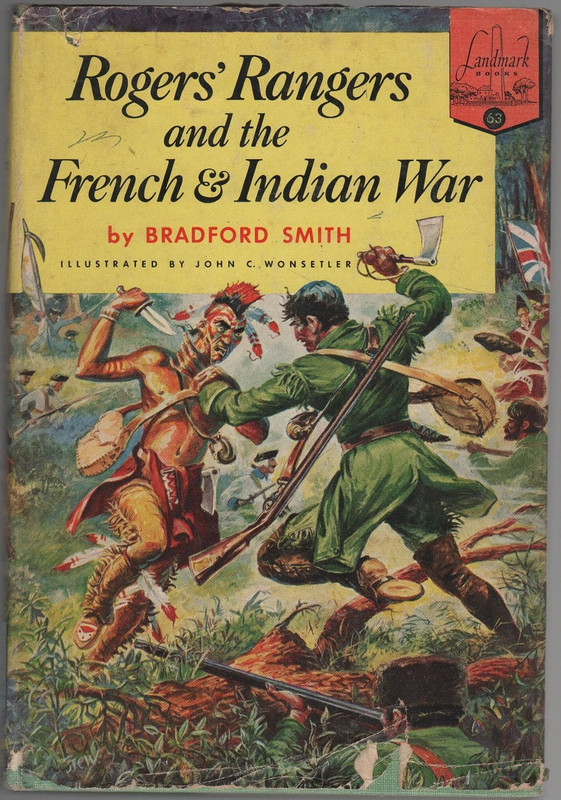 Since this thread has an enthusiastic response (and I agree with all wishes and comments mentioned) I will chip in that I have said before that this era, going right through the American War for Independence, has so much opportunity for figure sets that have never been produced before, or have been done poorly. I will add, inspired by the Roger's Rangers book cover, that 18th century native Americans have never been done justice. The Italeri Native Americans were good, but try getting a box of those anywhere, and most 18th century sets from the past are also very hard to come by. I am not a big fan of the HaT range.....the figures are not as interesting....and for my money Red Box and especially Stretlets have replaced and surpassed the quality and variety that we used to get from Revell. I would love to see them expand over any and all 18th century subjects. We need to keep encouraging them with our comments and our purchases. I do applaud them for wanting to finish one series before they wander not another.....and I really can't wait to see their Maison Roi and artillery for the WSS.