My 'usual' period right now involves tricornes, lace, muskets (the long variety) and platoon fire, but for when I get 'round to my LotR armies:

Hobbits/halflings, especially in 'travelling' mode with a few ponies (loaded with provisions), plus 'at ease'. Hobbits in fighting mode are a maybe, but less interesting.

Black riders/Ringwraiths/Nazgul: Mounted and on foot: Perhaps three sprues with a couple mounted (with horses) and a couple on foot, armed with long swords; and a fourth 'command' sprue with the Witch King - armed with a suitably massive mace - on his flying pterodactilic steed?


My IT expertise is such that I am unable to post an impressive image of a Hobbit....or even a Nazgul....so this is just words.

I was in an intrnationally well-known gaming store who produce a range of LotR figures and I overheard a conversation.
Shop Assistant: No! You can't have 12 ringwraiths.
Young gamer: Why not?
Shop assistant: It says so in the book!
Young gamer: What book?

m
Minuteman
92.0.214.76
Re: Heads up
Steve Pickstock
I was in an intrnationally well-known gaming store who produce a range of LotR figures and I overheard a conversation.
Shop Assistant: No! You can't have 12 ringwraiths.
Young gamer: Why not?
Shop assistant: It says so in the book!
Young gamer: What book?
If JRRT knew of this he would turn in his proverbial grave...But were he still with us he'd be an extremely old gentleman, indeed older than Bilbo Baggins and (probably) wouldn't be hanging around an internationally famous gaming store.

It was many years ago - he was just being very very beardy.

Another vote from me on

Hobbits/halflings, - Hobbits fought in the battle of Greenfields, so Archers, Slingers, Pony mounted rangers and even mobs assembled with peasant arms such as pitchforks and the like.

Ringwraiths/Nazgul: Mounted and on foot

A FellBeast with Nazgul rider.

Rangers of the North

3. planet of the Apes


kindly make few (one or three) of Not fighting poses.

likes the Eastern tribes, One in Marching, two Standing poses

plus a Command pose will be perfect

or a FEMALE figure! eg a Lady/Female Minotaur! Alliance for fantasy funs, why Minotaur must be Male figure?


same for Cavalry / mounted, 6 poses are always All fighting; please have one or two Not fighting poses.

Planet of the Apes from the first two movies.

Planet of the Apes

Beneath the Planet of the Apes.

The Ape Army was magnificent and would be an awesome addition to any wargame collection.

"Beneath" was not a great movie, I did not care for the mutants or the ending, but the Ape Army was awesome.

Some really great suggestions. I like the idea of apes.

Witches would also be great.

Cave people and associated animals would be nice.

Would you consider sci fi? Really liked the Dark Dream Studio troopers but others would be welcome. Xenomorphs and cyborgs would be really cool. Probably all sorts of copyright issues but actual 1/72nd Daleks or Cybermen would be phenomenal.

Agree about needing a mix of poses (fighting, not fighting, command etc) in separate or same sets.

Planet of the Apes (the classic films with Charlton Heston) would be a childhood wish come true! Who could forget Heston looking up to see a mounted Ape with a gun?!

m
Minuteman
79.77.211.97
Re: Heads up - Steady on now!
Baratheon
Agree about needing a mix of poses (fighting, not fighting, command etc) in separate or same sets.

Planet of the Apes (the classic films with Charlton Heston) would be a childhood wish come true! Who could forget Heston looking up to see a mounted Ape with a gun?!

This is an entertaining thread and a lively discussion. I hope Strelets are OK with this lengthening list of 'would likes' aimed really at Redbox/Alliance. I sense that we about to enter Star Wars/Star Trek etc etc teritory..."To boldly go..."

But..none of this is of use in the desert (well, actually perhaps some of it definitely is, those Easterlings....)

Not much of it is of use on European battlefields of the 18th and 19th centuries, although Harpies might prove popular...Ho hum.

It all sounds great guys! I am going to go broke! May I add one thing, Ents. The orcs have Trolls, the good guys need Ents. Just a thought. Hope everyone is safe and healthy.

some great suggestions above including the knights of Gondor, Planet of the Apes and Star Wars. I would also like to see:
- A general set of “good” knights as well as “evil” knights with exaggerated fantasy weapons, helmets and armour
- witches, Medusas, and sorceresses, wizards and magicians
- Starship trooper style soldiers and some sort of bug like alien enemy (or any aliens)
- terminator style robots (would have to be careful about copyright with many of these topics)
- wolfmen / werewolves

swan knights of dol amrath and men of dunland. 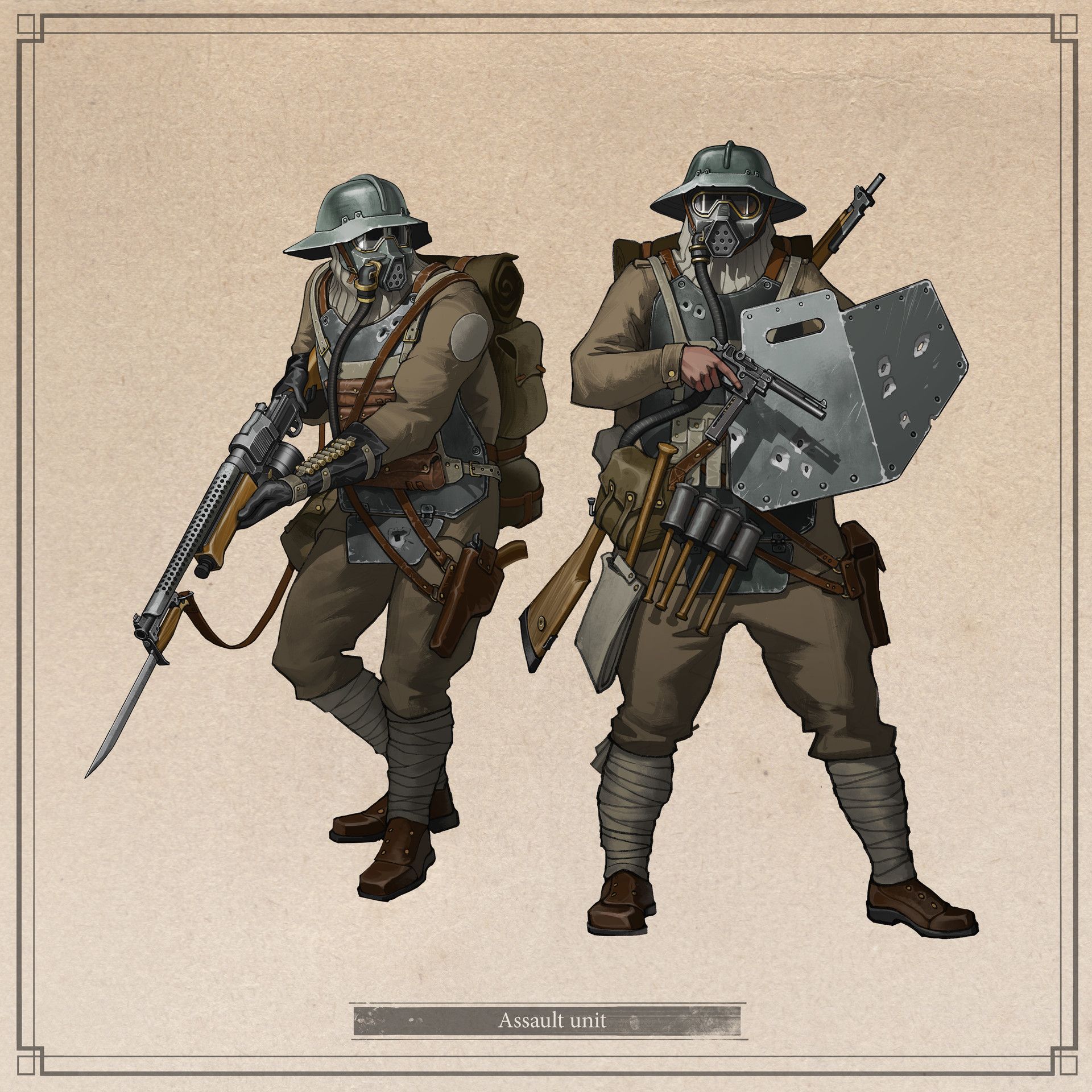 
both dismounted and mounted 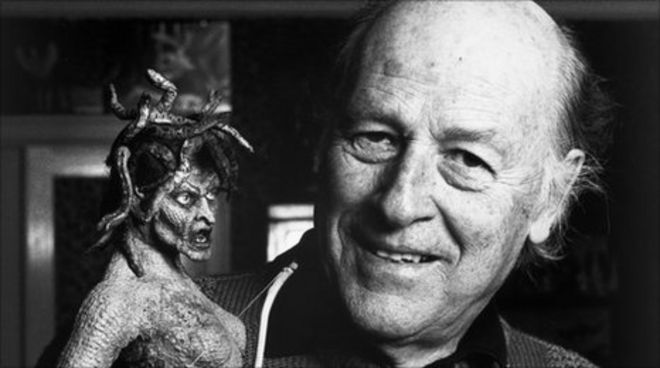 Very glad that the promising & obviously popular Alliance series will be continued. :+1:
Personally, I would be interested in different mythology-related ranges.

For each of these topic areas, we already have sufficient figures matching the respective historical backgrounds (Mycenaean & Classical Greeks, Egyptians, Assyrians & Indians, ...), but, in turn, it could also lead to:
- 19th & 20th century Adventurers/Explorers/Archaeologists, corresponding guides & porters (fictional characters, but historical dress & gear).
Equipped for different landscapes & climate zones, Arctic, Desert/Jungle & Temperate. For my part, no need for Pulp or Steampunk exaggerations.

Not sure, in how far it is advisable to tackle further Movie & TV topics?
If Alliance would take this step, my favorites would undoubtedly be affordable Star Wars and Star Trek figures in 1/72.
Both franchises are highly unlikely but would hold almost endless expansion possibilities.

Great topic and thanks for asking, Haron! :+1:

How about a dark elves range in style of gw d.e. corsairs (sorry if someone wished), box based on russian(and may be local syberian, "siikhirtiya folk" for example) folklore and sci-fi range in classic, close to retrofuturistics style, based on books like dune or heinleine's space marines. I will not wish(wait, but i'm actually doing it...) space fantasy like edgar rise burroughs' barsoom warriors and jaffa from stargates cause is bit unusual but i hope their(and mine) day will come. *insert joke about french handgunners and pikemen for italian wars but in fantasy box if we can wish only alliance products*
Sorry for bad english

Elves Cavalry (with Elve king an big deer or moose)

(see the movie battle of the 5 armies)

Then I got carried away and discovered Apes in Roman Armour :-)

Ignoring the Apes, I can now do all the above in 1/72 except the Greek Skellies. They would be my request!!

I know the photos on the back of the boxes are hard to make out bot none of the figures in 72006 look much like Elvis to me.

Point taken Norgri, interesting observation....But then so far as I can see none of box set 72052 looks anything like Steps (UK band, formed 1997, not my musical taste, but who am I to say?)....

I'd buy Planet of the Apes (the original movie only). A set of cavalry Apes mounted and also infantry with that really cool rifle the apes used. Don't forget to include Chuck Heston and the other astronauts in both space suits and dressed down in chains. I would just use WWII G.I.'s if I wanted a battle against the apes.

I saw that movie as a kid at the drive-in theater in a convertible with the top down. Memorable and fun.

Both Planet of the Apes and The Terminator became surprise box office hits launching long running franchises. Nobody realized the appetite the average person has for sci-fi / fantasy themes, especially when well done!

All based on the two original movies, no mutant humans please.

Don't forget we need Ape artillery, they had at least one cannon in the ape army, ape wagons, the cage wagon and the cargo wagon, and ape horse cavalry. Not to mention Gorillas, Orangutans, and Chimpanzees in male and female.

It's a huge potential and while a few have been done in 12" GI Joe / Action man size, 8" from Mego and rather large 28mm and even 54mm none have been done in 1/72nd scale. They would be great fighting against the humans from the movie, role playing games, and even wargame against other animals / humans / creatures from the Forbidden Zone.

I think five sets would get us most everything we would ever need for POTA.

Ape Infantry, a dozen Gorilla combat poses, 48 pieces.
Ape Artillery, with a gun, limber, and four horses and Gorilla crew, and mounted Gorilla General.
Ape Horse mounted Cavalry with 12 different Gorilla poses and four horse poses.
Ape Wagons, with the cage and cargo wagons with two horses each.
Ape City Dwellers with the Orangutans, Chimpanzees, and one male, one female humans, including a mounted Orangutan, and Chimpanzee, and seated Apes of each of the three types.

I know I would buy a lot of these.

Barrow Wights would be excellent, my favourite characters. I would hope they had the look of ghosts of bronze age warriors (northern Europe bronze age, not Aegean); some sort of fantasy creation would leave me cold.

m
Minuteman
79.77.216.236
Re: POTA
Graeme
Barrow Wights would be excellent, my favourite characters. I would hope they had the look of ghosts of bronze age warriors (northern Europe bronze age, not Aegean); some sort of fantasy creation would leave me cold.
Yes, Barrow Wights would be useful, and an interesting subject for a sculptor.

Whether they are a 'favourite character' might depend on whether you are hanging around an ancient Iron Age hill fort - of which there are a few not too far from where I live in Southern England - after dark on a misty night: potentially spooky!
Email
« back
Return to Website  > Index