As I write, Hannants (UK) are down to their last 2 boxes of WSS British Infantry in Advance. Drum & Flag have 9 sets. Presumably others' stocks are similarly low. Flea bay prices are creeping up, consistent with imminent unavailability.

I don't know, of course, how many sets Strelets released, but, obviously, it was a viable production run, and they've clearly flown off the shelves in the UK, and, I expect, elsewhere.

So, Strelets, has your commendable decision to sail the uncharted waters of the WSS paid off? Are you now confident of sufficient demand?

Can we expect the British In Attack in the UK retailers before the end of the year?

Crucially, can we expect an early expansion of this range to include All Arms and the French?

Thank you again for these superb figures for this hitherto neglected period.

I don't think they have even made it to my local shop ...

That said - it could be that retailers have been cautious in ordering and there weren't that many in the first place?

Indeed, Phil, hence my comment "I don't know, of course, how many sets Strelets released, but, obviously, it was a viable production run"

If Strelets runs its business anything like, say, the UK model railway market, of which I do have some inside knowledge, for any production run to be viable, the batch must be large enough for up front costs, not least tooling, to be amortised over an initial run at a given price point and, hopefully, get you into profit.

Whatever numbers Strelets released, I am sure it would have been a number to get the batch into profit. As, I think Strelets said, none have been sent to the US, I can only assume that Strelets managed to sell the whole batch to European retailers, with nothing left in the warehouse.

I realise that I am speculating here, in answer to you, which I generally don't like to do.

Of course, I don't know in what numbers the set was released - on arrival Hannants gave its usual "30+" stock figure which, as I say, was down to 2 this morning.

My point is simply that, assuming that Strelets produced a batch in sufficient numbers to bring the set into profit, the rapid depletion of this batch in the hands of retailers logically argues success for this entry into a new period.

Strelets, I hope you're listening, because now you've made such a strong start, I am going to need cavalry, artillery and French!

I have noticed with other sets that I have been interested in they have arrived in very small quantities preventing me from buying in multiples - be interested to know if that is down to the retailer ordering small amounts or the manufacturer only producing a limited amount.

Well, I managed to buy in multiples this time, but it pays to lie in wait; I've missed out before on new releases. Regardless of the manufacturer, some sets seem to sell out very quickly in the UK.

I can only assume that Strelets produced set 230 in commercially viable quantities and that the rapid depletion of retail stock = commercial vindication for the release.

More power to their elbows, I say!

Taking into account that Strelets sold in Hannats 30-40 sets it is not big deal. For sure they have to sell thousands to recover the investment.

So not Good indicator for UK big dealer. Personally have bought 10 sets of them.

I have bought rather more.

Anyway, the point, which I hoped was not too difficult to grasp, is that the two UK retailers that disclose their stock levels might provide something of a barometer, suggesting that the release will soon have sold out across the board.

That must surely argue for some measure of commercial success and reassurance for Strelets.

usually the initial lot, ordered by any dealer is sold quite quickly, hence it's not an indication of a specific set's popularity. It's the subsequent (usually within 1 year after release) orders, that show true popularity of a subject.
Anyway, we assume, that your main question was whether we would expand this series. The answer is "yes", with the next set's release being December 2019 and, all going well, a couple of subsequent ones in 1Q 2020.
Best regards,

This is really good news. I think this is an extremely attractive range of figures so far.

Being a collector, dioramist, playset collector and builder, but not a wargamer nor painter, I'm very excited to buy more add-on sets.

This is the perfect example of "Make a good set, and customers will buy." I knew nothing of this era/range before you started showing teaser pictures. Because of your sculptor's outstanding artistic skills, great action poses, fine details, attractive colors and usefulness/playability right out of the box, I knew I had to have this range.

This prompted me to seek historical expertise from the other forum members who helped me learn how these figures fit into the North American history "sealing the deal" for me.

I envy any child whose father buys some of these sets for this holiday season. Being a young kid and opening and discovering boxes of these sets under the wrapping paper would be the kind of exciting experience that would make a life-long toy soldier collector like so many of us here became. A very healthy kind of addiction, I may add!

I have a feeling restock orders will be coming in soon, if not already;

Out of curiousity, I have been watching set #230 stock levels at several on-line retailers - within a month more than 80% of their listed sets have sold. Obviously many more sets may have already been sold before being listed (i.e. customer pre-orders/back orders etc.). Two of those retailers have sold out already.

I think the figures look great but I have/will not buy set #230 as I am not interested in WSS. I was really surprised by the interest shown by forum members, and by the rapid sales.

I am pleased this has worked out well for Strelets! Well done!

Steve Pickstock
81.99.61.132
Re: Strelets - How are your WSS figures doing?
Strelets
Dear Edwardian,

usually the initial lot, ordered by any dealer is sold quite quickly, hence it's not an indication of a specific set's popularity. It's the subsequent (usually within 1 year after release) orders, that show true popularity of a subject.
Anyway, we assume, that your main question was whether we would expand this series. The answer is "yes", with the next set's release being December 2019 and, all going well, a couple of subsequent ones in 1Q 2020.
Best regards,

Strelets
Thank you for that information, I look forwards to these releases.
e
Edwardian
86.144.189.123
Re: Strelets - How are your WSS figures doing?

Thank you for the reply and for the excellent news.

I am glad to see that this set is doing well but can I politely suggest that releasing 12 Napoleonic sets a month before Xmas might affect sales of sets. I placed a very large pre order of the Napoleonic sets with a minimum of 10 sets of each set.

This was a very large bill to get just as Christmas is coming up and I feel that all collectors would all like to get something for their period under the tree. I love your sets I just wish that we got our treats staggered throughout the year.

please take this comment with my best regards and hope that you will consider that when planning future releases.

May I be the first to wish all at Strelets a very merry Xmas when it comes.

may we say "thank you" for your kind wishes and, as a token of gratitude, give you a glimpse of a set, that, unlike Napoleonics, won't harm your well-being and won't put a strain on your finances.:wink:

Have a nice week-end!

I have been a re-enactor for forty years, working much of the time with black powder firers and firing lines of musketeers and dragoons.

These are some of the nicest models I have seen representing loading and firing. I particularly like the man loading his musket (which was shown a few days ago), with the bayonet fitted, as he holds his musket in just the right position in relation to his body.

If I have one niggle - it's the chap actually firing his musket, ompared with the others it looks like his musket has bent just behind the lock and as a result he is holding it just a little too high.

But apart from that - box 'em and ship'em, Toot-sweet, quick as you like, thank you very much.

when will any of these sets get to the states? 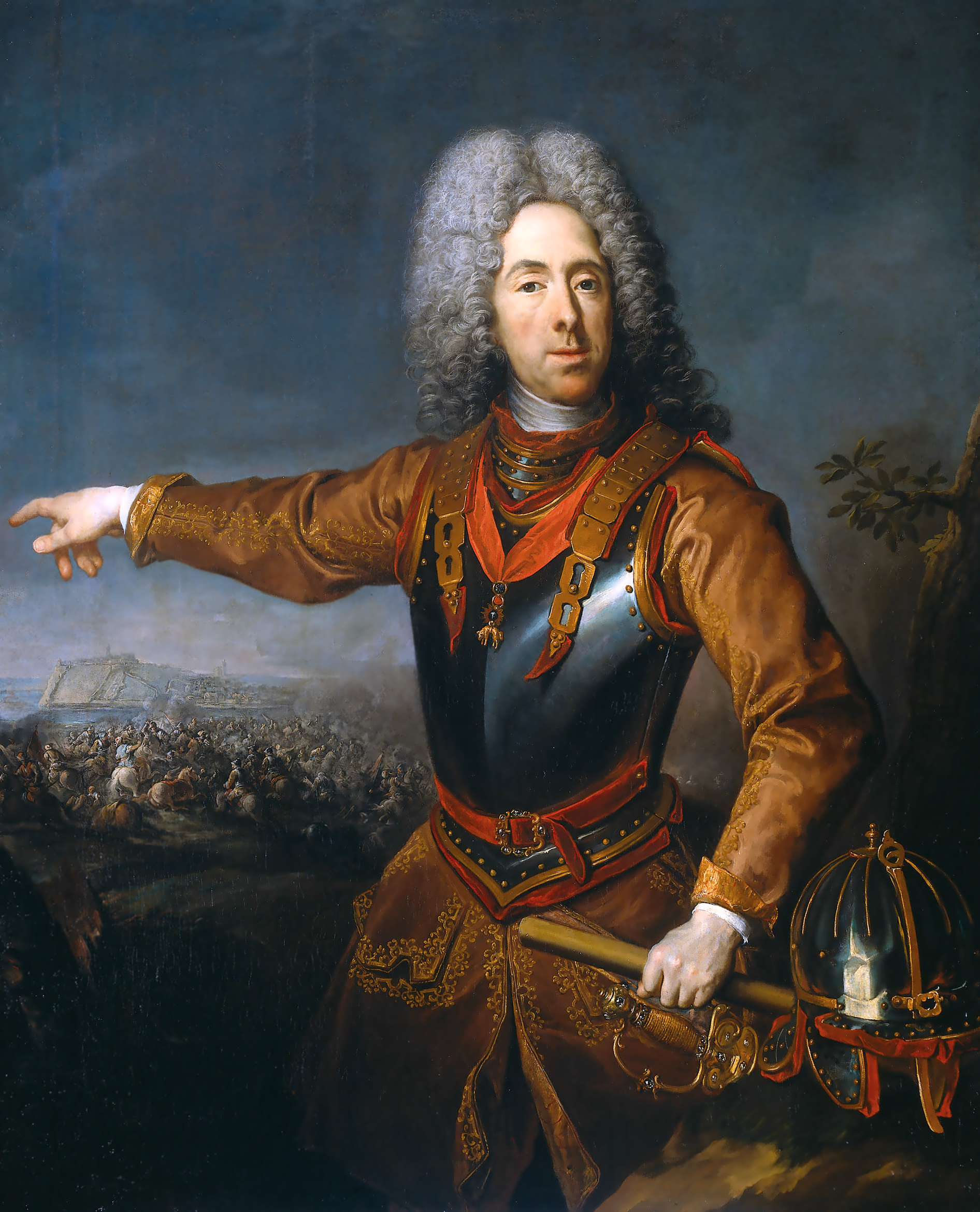 Thanks for sharing this yet again great looking figures. 👍
Even more exciting to read that Strelets is going to expand this highly interisting range any time soon. 🤗

I also hope this venture into a new period will be well rewarded at the end of the day.

What a brillant time the hobby is going through during the last years! 🤗👍

These sets are really nice and I am sure many will love the excellent new period especially the firing poses.

I am sure my state of mind and finances will have recovered by your next release and I will keep buying all the new Napoleonic sets when they are released.

Can I also put in a good word for WWII Desert Campaigns I think that another Alan would love to see them.

P.S Can we get this firing line pose of figures for my next Napoleonic fix, we are sadly missing this part of the battle.

Gentlemen, I think these might be french (they look great) and I am definitely starting to love this period.

"Can I also put in a good word for WWII Desert Campaigns..."
I would say we could do with a set of decent Italians in 'tropical dress' to go with that nice artillery that appeared so briefly the other month.

I agree with Alessandro, I think they are intended for French.

I suspect that they could also find service as Spanish.