Agreed Brian and CPN, sans backpacks is interesting and 'different', but they would look loads better and more authentic with them. It was rare for troops to drop their backpacks. We are told that the Russians had stopped the practice well and truly by 1805!

Hmmm, they are no bloody use in the desert ! :relaxed:

According to Knotel and Osprey the calfskin packs were being worn on the back with two straps as early as November 1807, it's quite possible that this could be changed very quickly if these were the same packs as worn over the left hip with a new strap arrangement.

Even if they took time to be rolled out to the entire army I think it would be safe to say by the time of the 1809 campaigns packs worn on the left hip would have been very truly a thing of the past.

Napoleonic Infantry rarely fought or marched without backpacks they were packed with all their essential equipment, tools for their weapons, bandages, cleaning and grooming kit, food, clothing, not to mention all their most prized and valuable possessions, only on rare occasions would they have been left behind and that's assuming they had a safe place to leave them.

As for gaiters almost all the illustrations show them wearing them so I think the majority of Strelets figures should reflect this with one or two figures in trousers for variety.

The fantastically mad looking Bavarian helmet the Raupenhelm (it always reminds me of the alien in the Alien films) replaced the Rumford helmet in 1799 in fact the entire uniform was also replaced at the same time, so other than the odd forage cap there is no reason to have a choice of heads.

Finally the Bavarian flag is one of the most complex patterns to paint so please Strelets if you could make the standard barrier carrying just a bare flag pole or with a flag that can easily be removed and replaced with a printed paper one (I.e. not wrap around the barriers head or body).

I think this is going to be a great set of figures but has the potential to be one the best.

Hi everyone,
I forgot to add that in bad weather, Bavarian army was also using greatcoats.
So for me, buying some of the next Austrian grenadiers in winter and putting Bavarian heads will do the trick. 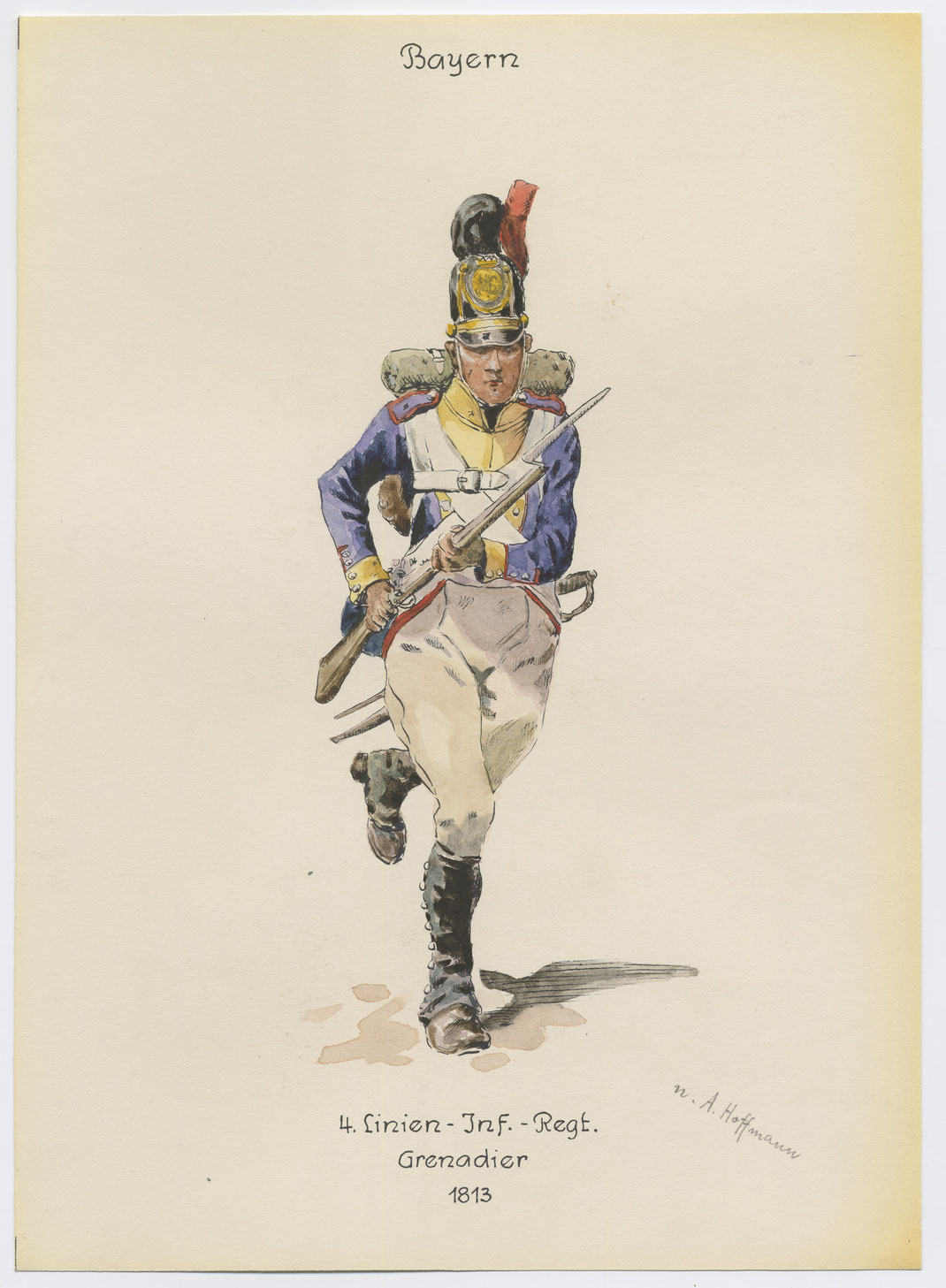 Thanks for sharing another great looking preview. :+1:

Very happy that Strelets is working on Bavarians, Brunswickers and hopefully other warring factions of the Napoleonic Wars.
Although some may consider them "minor" belligerents, in fact a sizeable number of their troops saw similar or even more & longer lasting action than other over-promoted subjects of this period.