I was just browsing through LET's awaited releases and I noticed under the entry for you they showed M116 Japanese infantry in winter clothing. I don't remember seeing this on your site and couldn't find any reference to it now but did you plan to do such a set and have cancelled. There was a recent discussion about troops for the war in China and obviously these would be just the ticket.

indeed at some point this set was advertised, however, due to the absence of adversaries, we postponed it. At this point in time we don't want to venture into this subject in full depth, because it will distract us from lines, that are actively developed at the moment.

indeed at some point this set was advertised, however, due to the absence of adversaries, we postponed it. At this point in time we don\'t want to venture into this subject in full depth, because it will distract us from lines, that are actively developed at the moment.

Strelets
It's refreshing to read how thoughtfully you consider developing lines. I just took a look at your site's "Campaigns" list. I'm "Happy as a clam at high tide" over your Imperial Romans and Crimean War sets, which until Strelets, there were not any sets I wanted to buy. I will be buying your Napoleonic Highlanders and British Infantry just to make the famous defensive squares like in the movie Waterloo.

I do hope you make some ACW Sailors sets in poses, especially for Landing Parties, to fight against the fortresses. The movie "Glory" and Fort Wagner was one and Fort Fisher another where Sailors did land based fighting, whether we see them in films or not. I mean, before you move on to other lines away from ACW I hope you make Sailors to help complete the ACW. Both U.S. and C.S.A. Sailors wore the same uniforms. Even if you made one set of moulds and produced it in Terracotta, I'd buy them for my collection. There are just never enough Sailors for armies and yet they contributed so much to the outcomes of wars. I personally love what RedBox did for the Boxer Rebellion and have all of their sets.

The paper/plastic/cardboard 3D Puzzle ships and boats available from Russia and China made by Computer Aided Design means I'm going to have complete Navies with Battleships and Ironclads, as well as Nile River Boats for your Colonial line for a very inexpensive investment. I'm hopeful for Landing Parties/Boarding Parties for the ACW at least.
g
Graham Korn
2.27.127.26
Re: Japanese infantry in winter clothing

Seems funny to have made a whole range of Japanese without adversaries. Excluding early Americans of course.
But any Chinese we may get in the future will be worth the wait.
Thanks Strelets for all the sets you do manufacture.

Agreed - Japanese adversaries were many: Indians, Burmese, Malay, Dutch, British (including Chindits and Gurkhas), Australian/New Zealand, and Americans as well as the Chinese and Russians mentioned already of course 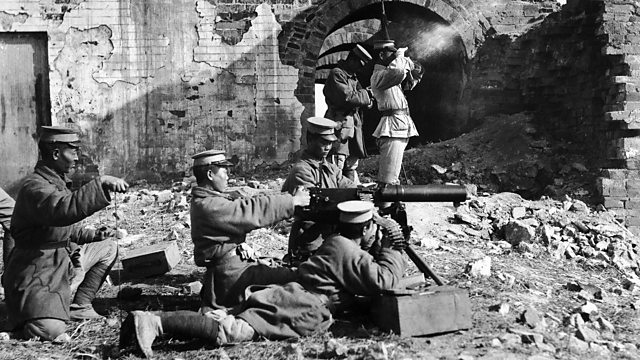 Have to support the request for Japanese Infantry in Winter Dress, would be a great approach to handle an as yet ignored major theatre of WWII.
Add 2 sets of Chinese opponents and watch me buying them in numbers... . :sweat_smile: :blush:

Japanese cavalry, an light artillery crew & mule trains for both sides would already cover the most important aspects of warfare in the oftentimes difficult terrain.

Moreover, we have a solid range of WWII Winter Soviets to create hypothetical scenarios.

Hope this set (M116 & potentially the whole theatre) are merely postponed and not excluded. :neutral_face: