Please can you provide any update on the future availability of set 143: Polish Artillery? I see it mentioned in PSR as a future release, but it's been quite a while since it was announced as a later set. I really hope to see this set come to production, as an accompaniment to the excellent Polish infantry you've released.

Regards and keep up the excellent standards of sculpting and range of sets.

Indeed, strelets is one of the few manufacturers to pay homage to this unjustly forgotten Polish army and the output of the artillery would be excellent news. The Poles are present at the side of the French from the wars of the revolution. Then, the role of this national army in 1809 against Austria and even more in 1812/1813 is far from negligible. The Poles will still be present in the last moments of the empire.

Good afternoon,
Indeed Poles were also amongst the fiew not to betray the Emperor.
Overall I seriously think team Strelets has a lot to provide us with and I am nearly sure some great artillery will be on the list.
Keep the faith.
CPN

I have been hoping the polish artillery would have been released by now maybe the poles haven't been good sellers as there have only been two sets of polish infantry compared to other nations who have had up to 4 sets dedicated to them.

Unfortunately (or not) i think it is the Anglo-Saxons who buy the most figurines. The production is done according to their needs. As a consequence armies such as those of the confederation of the Rhine (Bavaria, Westphalia, Württemberg, Baden, Saxony ...) of Italy or those of Poland are under-represented while they accompanied the Napoleonic epic for years for the benefit of armies that have not fought long or represent small contingents but have had the "good idea" to be present in Waterloo.

Hi
Every news from Strelets about project on Polish troop (Artillery, Infantry or Cavalry) are welcom. I have already bought 6 boxes of Polish Infantry and I would like to know if it is worth waiting to continue to make my Polish troops.
Thank you in advance for all information.
Best
Pierre

I have bought multiple sets of the Polish infantry, so artillery would be most welcome 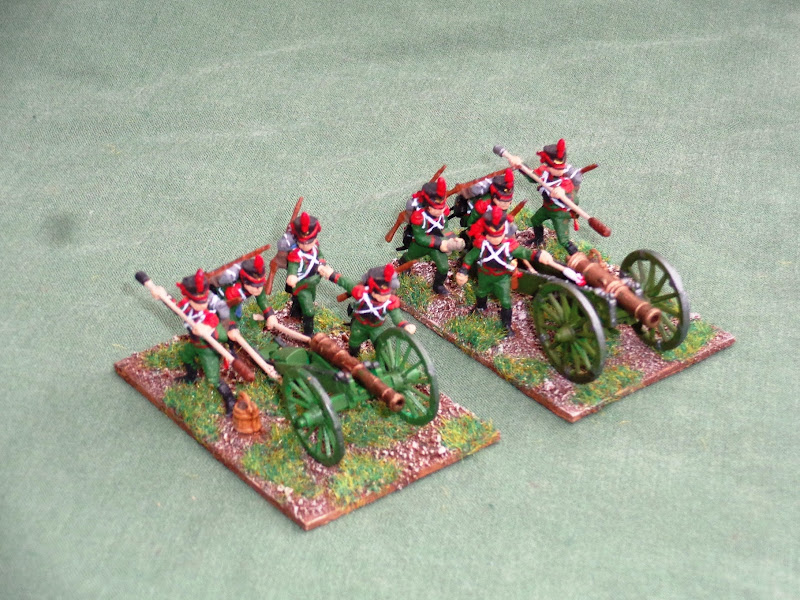 Horse Artillery are different with busbies, so a more difficult conversion.

The train drivers are an easy paint conversion from Polish lancers

Great post, thank you Fire at will.
Cheers
CPN